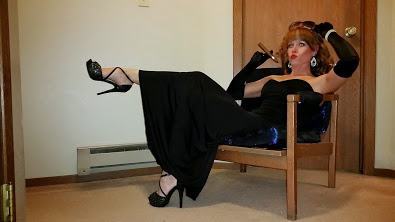 2017 decided to test how far “that which does not kill me” can push the limit. The year started with New Year’s Day trying to blow up my mother’s house and the month long (expensive) battle to get her running water again; Oh and a new car that is actually functional. I know she isn’t the biggest fan of what we picked out, but it was the best we could do at the time.

Then we had a total of 8 people die, between close friends and family. In. One. Year. And while we are on the subject of death, my son’s cat died. My best friend’s new kitten died. My new puppy almost drown. His therapy puppy almost died from choking. A young girl that went to elementary school with my step daughter watched her father beat her mother to death. I found out about this one while at work and every bad memory from my childhood came crashing into me like a sledge hammer to the chest. I had a full-fledged panic attack. We are talking 3x the normal dose that would make most people pass out of sedatives just to finish the day.

And my wedding tried to kill my family. My father is still so sick he will never return to work. His lungs are destroyed, OH and his company fired him a week after getting approved for long term disability. He doesn’t have a leg to stand on. (hahaha! My dad lost that 10 years ago) The plane bringing everyone home tried to crash. And now the lovely memories of the Wedding are overshadowed by tragedy. The not-so-sweet Vista Suite at Mandalay Bay is making world news for a VERY different reason…. Maybe it would’ve gone better if Ninja Warrior was still being filmed there. At least those people would’ve been sober and athletic. They might have stood some chance to get away….

The first bar I went to with my brother was torn down. The cliff we would jump off of at the lake went crashing into the water. The beach we collected shells at was washed away in a flood. It was like the winds of change were trying to slam the door on me while I was still standing partially in the doorway. I had to choose between the door crushing me while I attempted to pry it open or just let it cut my hand off in the violent swing; either seemed just as painful.

After all of this it seemed perfectly logical to think that my presence in any area kills people. Why would I not think this? I could draw a very complex mind map that tied me directly to every bad thing that has happened in the last decade. I completely understood why people used to burn redheads. I would almost debate volunteering as tribute if it made this bad stuff stop happening.

My therapist told me that I needed to find a better way to express my emotions. She sounded kind of shocked when she told me this. Or she was really tired of me calling her at all hours of the night needing expert advice on whether I had totally lost it yet. The shock could be contributed to the fact she never gave me her personal cell number. I think she was really trying to break up with me. I told her I would become a famous author and that would fix everything! Once again the word delusional was brought up. She really needs to come up with a wider variety of descriptors. Sooooooo I settled for starting a blog.

I was devastated when I found out that I need to start using social media to get subscribers. I only have 2 tiny problems with it. The “social” part and the “media” part. I wouldn’t be a deranged hermit with unhealthy coping skills if I was comfortable with being “social”. “Media” isn’t exactly a comfort area either. I throw a whining fit when my kids try to get me to sit down and watch a movie with them. It very closely resembles a 3 year old being told its nap time right as grandma showed up with goodies. I have never watched a single episode of American Idol, Glee, Kardashians, Teen Mom, Gray’s Anatomy, or whatever show I hear my coworkers talking about. I didn’t even know blogging and twitter were real things!!! I feel like the Underpants Gnomes. Step 1 – steal underpants. Step 2 – ?????????? Step 3 – PROFIT!!

People that can blog daily must be super heroes or at least cyborgs. I work all day and have 2.5 kids and puppies and a cat and a tarantula and there is no way I could bust out something daily. I’m getting an eye twitch just thinking about it. Too much pressure! So for now I’m going to try for once a week. I’m sure they won’t all be gems but keep checking back weekly! If you don’t you may miss the moment when I finally snap.

i was told their are people as crazy as me out there that want to compare brains so i'm laying mine out for you. View all posts by Rya

3 thoughts on “let’s get this thing started!!!”